Off to Leeton from Hay to install the anamorphic portrait we'd made of Walter Burley Griffin (who had designed Leeton along with Canberra and a number of other NSW towns). 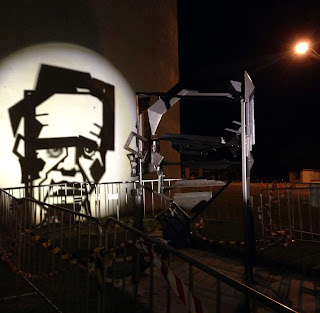 Back-tracking to the start of this project, the challenge that we'd set ourselves to create this work, drawn from elements of the distinctive designs that decorate the buildings of Leeton that when viewed from a specific angle resembled a portrait of the man himself.

Coupled with the challenges of making something that could be installed in a public space and stand up to the ravages of time (the weather, vandals and broader community), turned out to be quite the challenge  indeed. 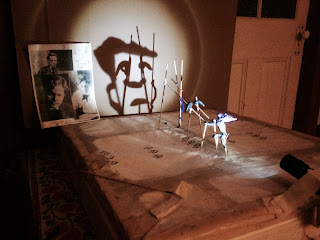 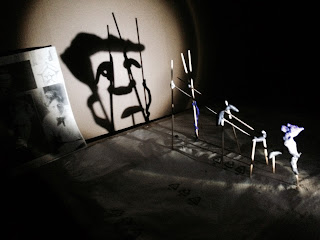 Initial tests of the anamorphic shadow concept with plasticine and kebab sticks were promising. But it turns out that neither plasticine nor kebab sticks are things that civil engineers look upon favourably. Getting the weight of all the concrete forms up to height and kept there in a a robust and non life threatening way was going to be the biggest challenge (amongst ourselves we referred to this as the floating concrete project).

On the optimistic assumption we would figure that all out, I got to work modelling and pouring up a bunch of  elements inspired by the architecture of Leeton that we would then be able to uses as our "pallet" to create the portrait. 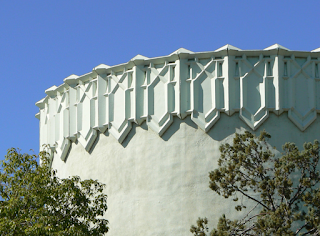 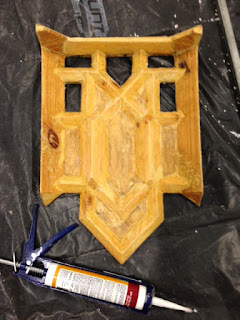 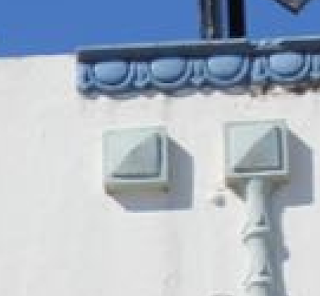 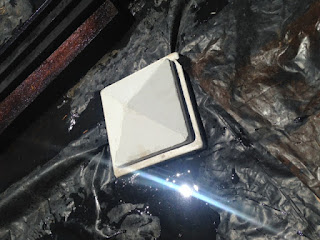 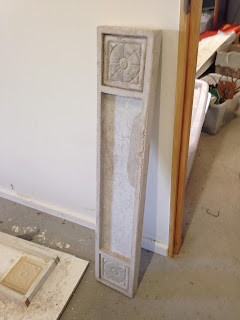 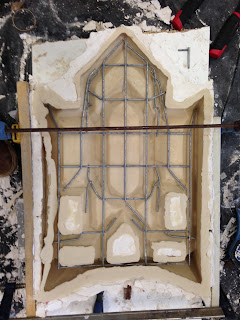 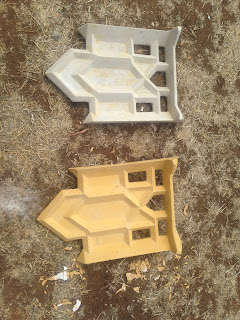 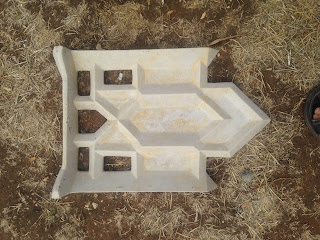 Having made the bits the next step was to asssemble into some kind of form.

We marked out a stencil of the silhouette on the outside of the shed and started using that as a guide to start placing the pieces. 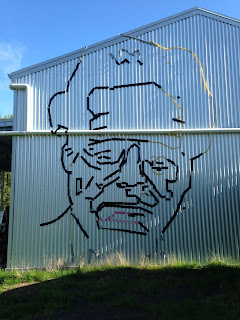 The main goal at this point was to work out a pattern for the form that would sit within the silhouette and allow us to place bits securely anywhere we needed. 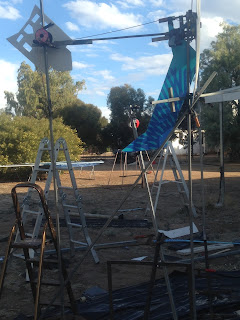 Working with lightweight steel frame and card we were able to rough things out with enough light weight silhouette detail to provide the engineer with the heights, spans, weights, etc he needed.

Then we moved indoors to start work on the actual thing. 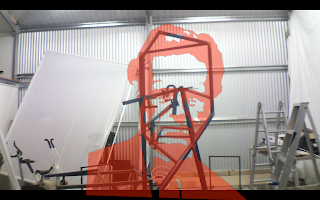 This is basically all the structural steel sitting inside the silhouette (in red) that we were working towards. 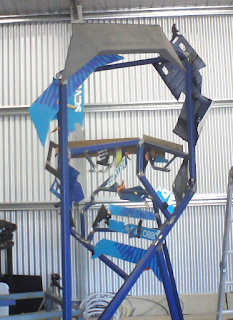 From there we blocked out the main shapes. starting with cardboard cutouts and then gradually replacing these with the concrete forms. 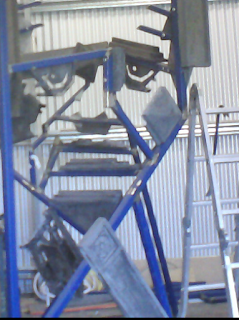 Much drilling and grinding ensued. A fixed camera at the designated view point gave us a constant reference to work towards. 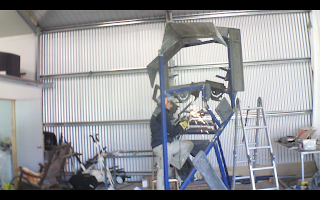 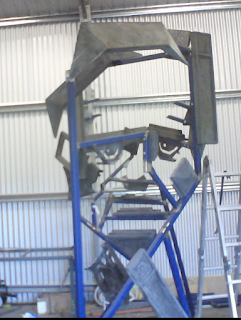 Once everything was locked in place. We disassembled it all, painted it up to project against the weather and loaded it on to the trailer for delivery. 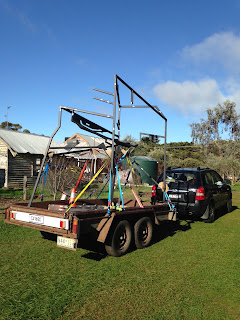 Exciting eight hour drive up to NSW, hoping nothing fell off the back and keeping a keen eye out for low bridges. Happily this task fell to Greg ( I can only imagine if I hadn't been sitting on a beach in far north Queensland for this bit it would have been even more stressful). 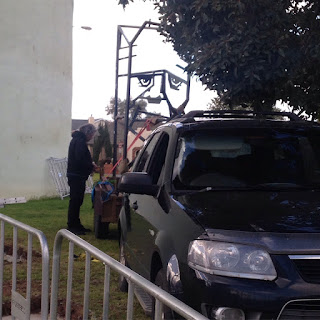 I met up with Greg in Leeton (after the Hay residency) and between us we managed to wrestle it all off the trailer and reassembled on the slab that had been poured in the designated spot. 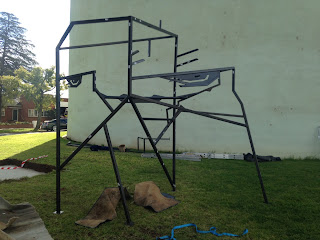 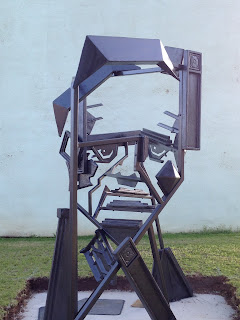 Placing the light was the final task. Again this placement needed to be pretty exact so that the light would shine up through the structure and cast the shadow of Walter Burley Griffin onto the Water tower.  A bit of a faff but we eventually sorted it out.

Upon returning home we had a bit of a heart flutter weh we got a call to say the council were going to move the light a bit for some reason or another but happily concreter had turned up and concreted it into place before they had had a chance to actually take action on this.