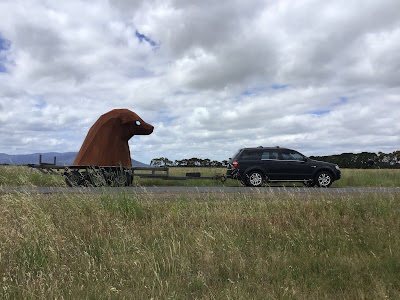 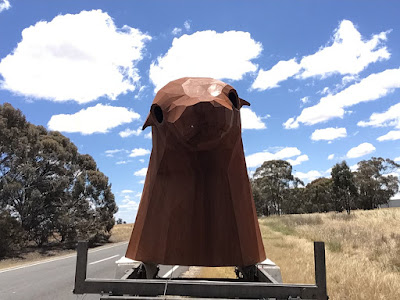 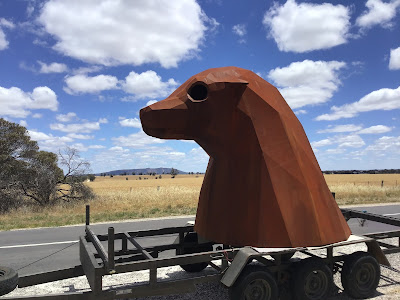 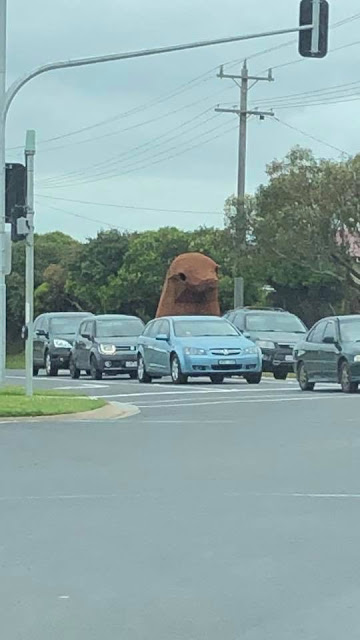 All welded up and out in the wilds to weather. Amazing watching it evolve over a period of weeks. 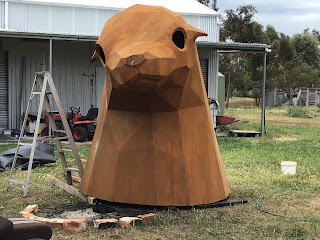 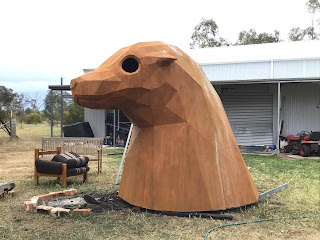 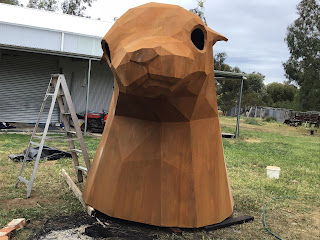 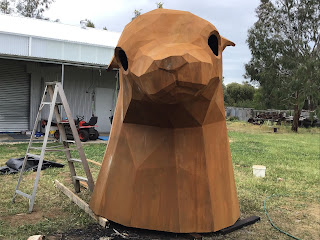 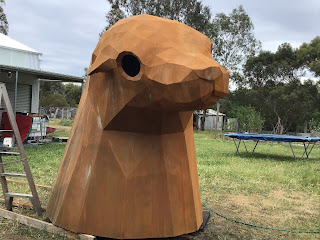 Looking forward to getting it down to Warrnambool soon.
Posted by dave at 5:07 AM No comments:

Flat Pack Safely back at the studio I set about gradually putting it all together. 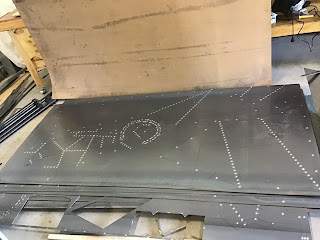 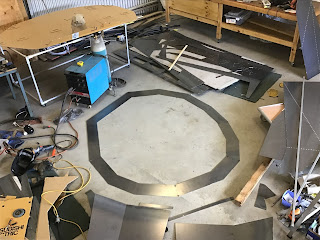 lulled myself into a false sense of security after I put the the whole neck section together the first day.... 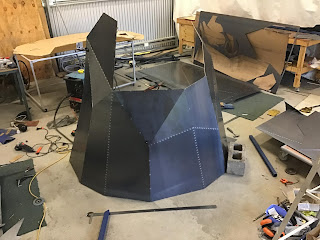 things slowed right down as the size of the facets and complexity of the structure increased. 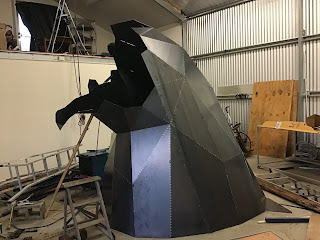 None the less I battled on and gradually it began to take form. A bit of finesse, a bit of brutal sledge hammering. 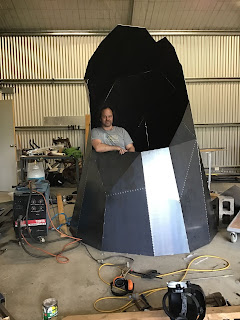 Having worked through the design on computer and happy with the pose. Ive exported a bunch of triangles that will be laser cut from steel.


Getting the sheets back and slowly picking the bits out as I have a place for them. For sanity's sake I opted to leave the bits slightly attached to the sheets rather than having them cut out completely and just getting a bunch of bits. Keep track of which bit goes where is going to be one of the bigger challenges of the project and knowing at least which sheet the bit has come off will at least be a clue.
Posted by dave at 12:36 AM No comments:

Meanwhile.... An exciting commission to create a new work to feature prominently in the Crrenter of Warrnambool as part of the Liebig Street redevelopment. The work, entitled 'Seal' hopes to strengthen the connection between the the center of town and the amazing coastal environment which is such an important part of the the town represents.Warrnambool is our closest beach from here and for me that environment that is so starkly different from the Wimmera.

Seal will take the form of the head and shoulders of a giant seal emerging from the footpath as though it has just swum up from the harbour and poked its head up at the in the middle of Liebig Street to see what’s happening. Seal will be a striking presence on the street, "though not a threatening one
rather a playful guardian-spirit looking for a playmate. With its head cocked slightly to one side
its smiling face and bright
sparkling eyes full of life
born from a CG/gaming aesthetic but with parallels in the cubist movement older residents and tourists alike. With its dramatic lines and bold edges
Seal will be instantly recognizable from a distance and provide visual interest for pedestrians from all. The oxidised surface patina will protect it from the elements and mimic the dappled brown fur of the seals in the harbour. 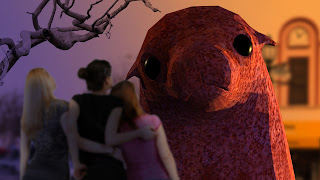 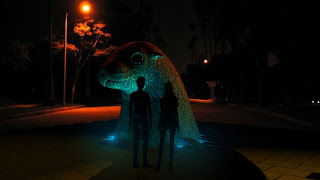 Presented in Rosalind Park, Bendigo as one of the key elements in this years Regional Center of Culture. Many of the key creatives were from Natimuk (ACTnatimuk, Trnsience, Y-Space, Mary French,  et al) but working with a range of groups from Bendigo  (Including Dja Dja Warrung Clans Aboriginal Corporation, Bendigo Chinese Association, Bendigo Historical Society, Creatability, Camp Hill Primary School, Z fit, Hip Hop for Youth).

Event unfolded on the night of October the 20th as the end point of a six month lead up working with the Bendigo Community to develop a work that we hope reflected the township and its people. 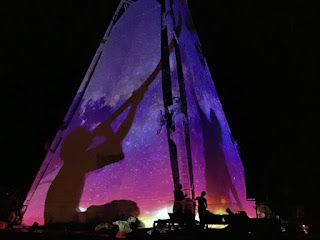 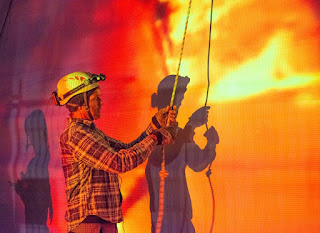 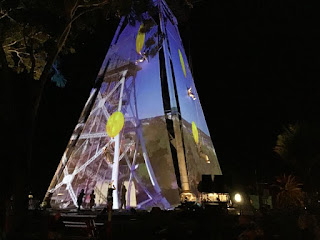 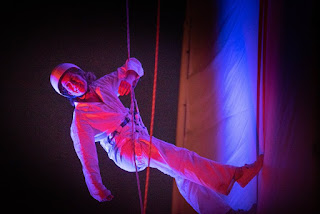 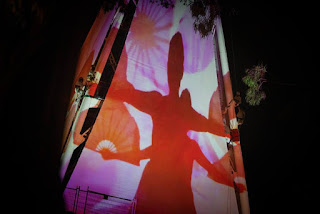 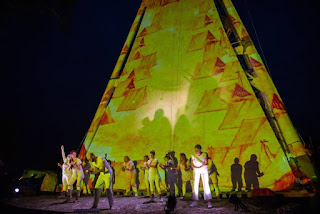 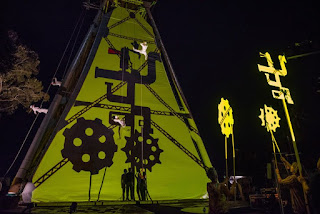 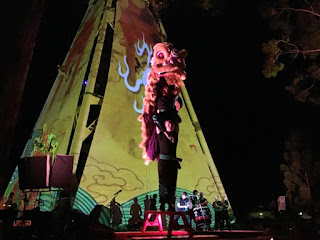 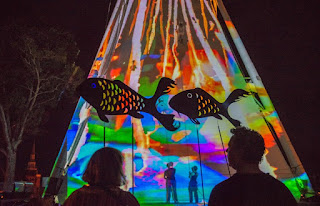 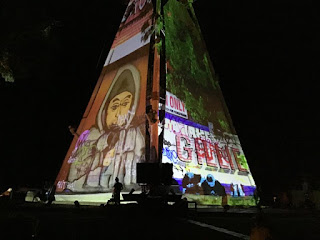 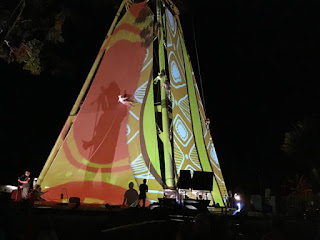 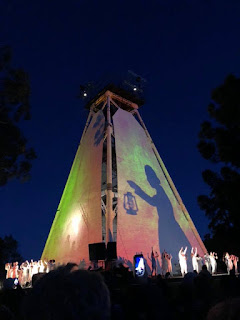 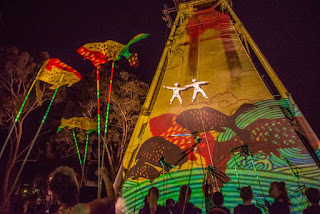 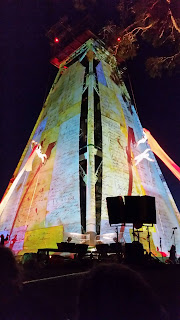