Right in the thick of pulling together a new puppet show called Balance. 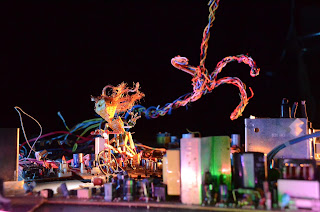 Really pretty excited about this one.

I brings together a lot of the bicycle power stuff I was playing with during the previous Nati Frinj Festival  (Red vs Blue and Somethings Afoot) and marries it with a bit of puppetery and a whole new world of automata that I've been enjoying delving into.


All the puppets and bits are made of old circuit boards and the basic premise is that the island (which is the central feature of the show) on the knife edge of being cut from the grid has a week to find itself a Balanced alternative and sustainable way to power itself. 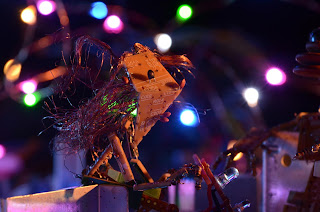 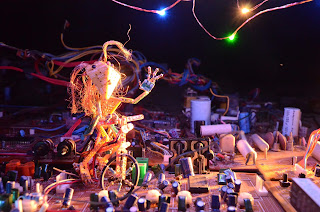 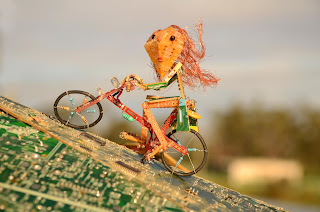 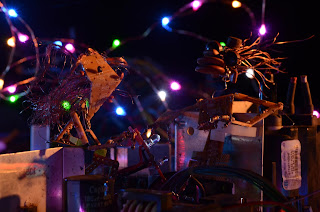 Part puppet show, part forum theatre. Lots of fun. If anyone else has half as much fun as Im having making it it ought to be a roaring success.

Thanks to RAV and the Australian Children's Theatre Foundation for giving me the chance to make this happen. Its an idea that's been slowly brewing in the back of my brain for a long time and this is a real chance to coax it into reality.
Posted by dave at 7:59 PM 1 comment:

A bit more detail on the In debt Saving Seed Project now that the dust has settled on that one.Great prject all things considered, a good blend of subject matter and an approach that was going to require me to do something Id never done before. My favorite project are always the ones here I go in not know if, let alone how I was going to pull them off and this was definitely one of those.

Complicating matters further I was back and forth to Singapore quite a bit, working on the 50 Bridges animation project. Another excellent thing to be doing that warrants a more detailed post of its own but multi-tasking has never been one of my strong points.

The seven prints that were finally selected for the exhibition are below. They are amongst my favourites but really it cam down to the space at CCP dictating the number of prints that woud fit at the desired size (7 plus 2 videos) and then selecting, within that, what worked with each other, and covered the range of what I was trying to explore. 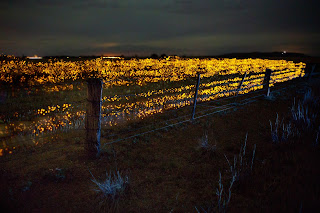 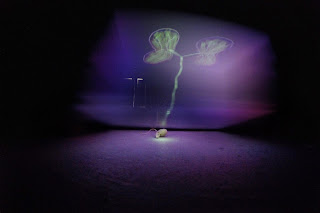 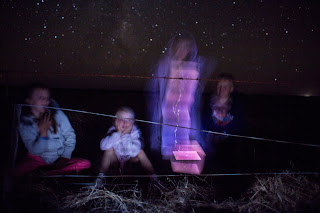 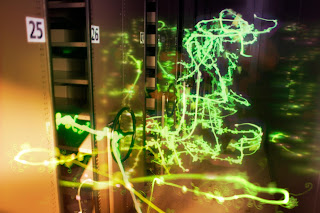 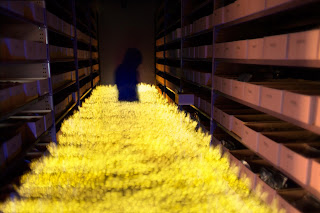 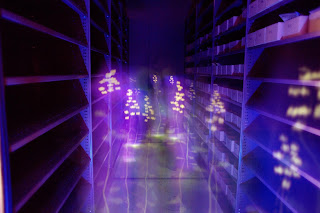 And a few stills from the videos. 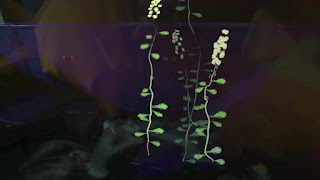 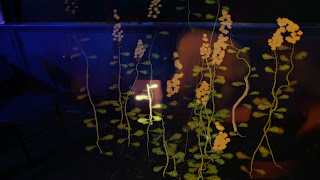 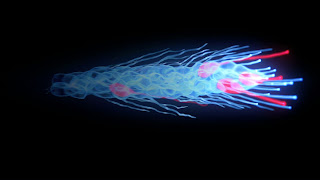 These were shot with a video camera and then processed so that each new frame was "added" to the last (in the photoshop use of the term "add"... though I made up a sketch in quartz composer to do the job). Rendering these two out was a lot more time consuming than I would have guessed. I put them onto render around midnight the night before the install fairly sleep deprive by his point after 3 months of not a lot of sleeping. Then bed... and... up again at 6 to make the four hour drive to Melbourne and they were still chugging away. Shifted computer to the car running off cigarette lighter. Drove to Melbourne, rendering all the way pulled up outside CCP and it still had 5 min to go. Rested my eyes for those 5 glorious minutes. "Bing" done. walk in to CCP and comence the install.


Here's those couple of shots again of the install.(I was off tinkering with the videos while Kara and Alison did all the heavy lifting) 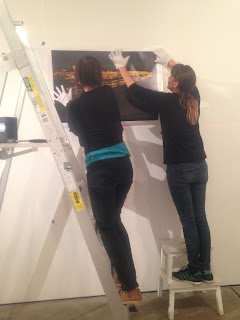 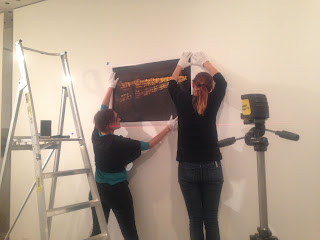 And the launch that night... 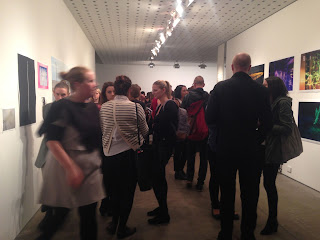 And here is a (rather blurry) shot of how it looked going up at Horsham Regional Art Gallery (must have forgotten to take the phone out of my lunch box before I took this). 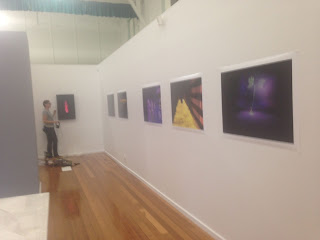 Actually, here's a better photo taken by HRAG (also featuring a couple of Steven Rhall's images in the foreground) 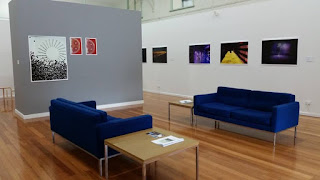 And this is a trip we did with the Natimuk school kids for a final look at the work before it was all pulled down. 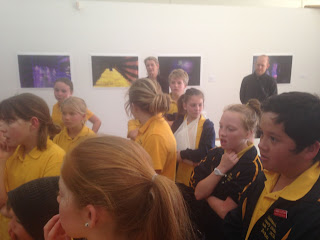 Posing in front of their handy work. This field of canola was created by four kids marching up and down the field with iPads at night for a 45 minute shot whilst I barked orders from the sidelines. 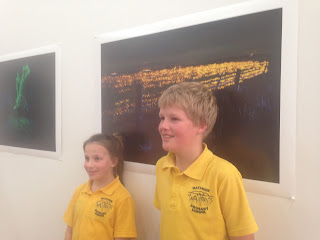 I feel like I could easily have put up twice as many images without it getting repetitive but by the same token... Seven gave a pretty good cross-section of the work. Here are a few teasers from the B-List. 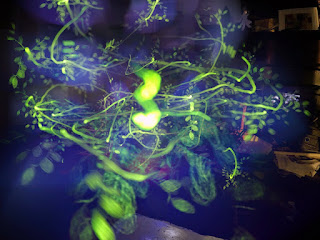 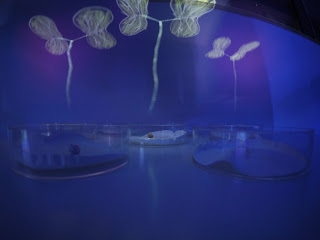 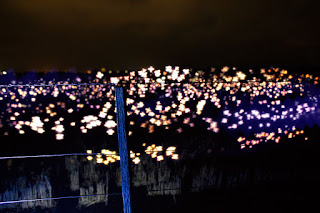 Seems to be a bit of interest in the series so hopefully there will be an opportunity down the track for some of the others to have their moment.
Posted by dave at 7:28 AM No comments: